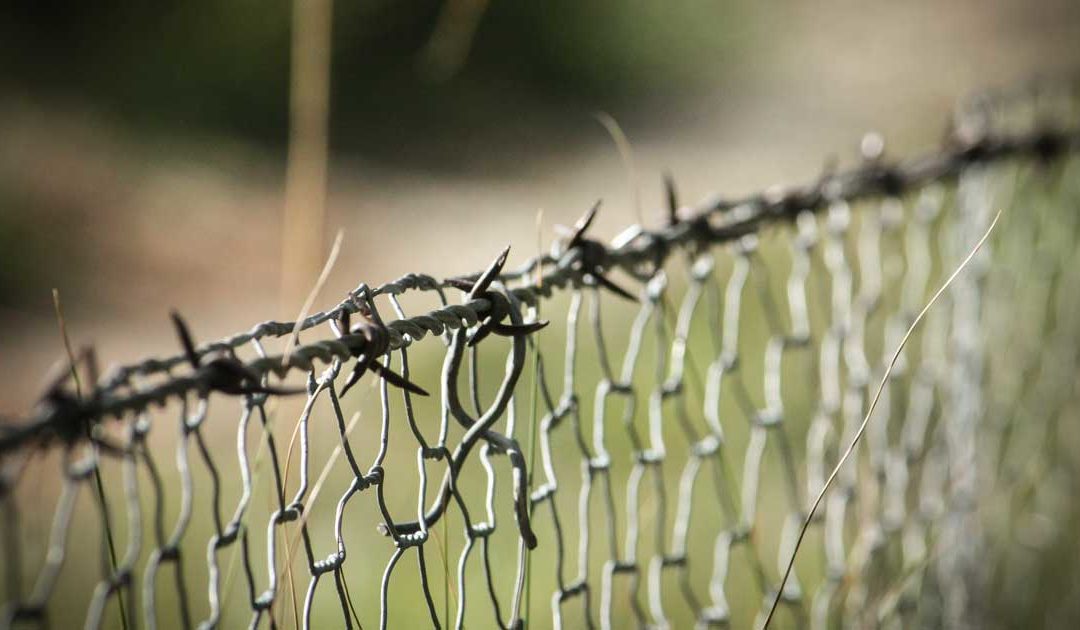 Fences are meant to define boundaries, show property lines, and keep people out. Invisible fences are typically meant to keep pets in. Usually one isn’t aware of the invisible fence until it is crossed. The first time little Fido breaks the barrier of the newly installed invisible fence by his owner, it shocks him. It startles him. He realizes that he was not allowed to go somewhere.

Conflict or tension may arise when we cross an invisible fence.

Fences in the leadership and business world exist as well. Visible fences can look like written policies or job descriptions. But, invisible fences are obviously harder to recognize. These look like unwritten or unspoken procedures, policies, expectations, and values.

I have had interns for most of my ministry career. Several years ago, one of my interns, Sam, crossed one of these invisible fences. He decided to hand out t-shirts at the end of the retreat. He thought he would be helpful by taking the initiative to complete the task and not bother me. When I walked up, all the t-shirts had been handed out, but he did not have a copy of the spreadsheet that listed which student ordered which size. Before I knew it, I was scolding Sam in front of many of the students and leaders.

“How did you hand out the t-shirts without the spreadsheet?”

“I just held up sizes and people took what they wanted.”

“Well, is there a medium left for me and how did you even know what size I needed or ordered?”

“Yes, there is a medium right here for you.”

I turn to another student, “Kate, what size do you have in your hand?” She replied, “Small.” I looked at the spreadsheet and said, “Well, that works well because that’s what size you ordered.”

I turned to the intern and muttered something like, “Well, I guess you got lucky this time with our order and what people wanted.”

At that point, I felt like an idiot and did not want to admit I failed in my response. So, in an attempt to “save face,” I made some general announcement about gathering up all their belongings and loading the vans to distract from the delusional Kimberly that was just leading.

As Sam walked away, I called to him to apologize and to seek forgiveness. He was not ready to talk, so he kept walking. His fiancé told me to give him a little time. I looked at her and said, “You know, I guess I have some pretty big procedural issues!”

My procedural issues can be an invisible fence for me as a leader. Maintaining control is my value. I think policies and procedures should be carried out in a certain manner. Conflict arises when my way of following the procedure is different from those under my leadership.

Seeing Sam walk away, dejected and probably angry, made me realize my reaction to him was less than best. Mulling it over for a few days showed me several flaws in my leadership style. I needed to invest more time and energy in Sam, make my expectations clear, and trust him more. He did the job well, even though it may not have been done my way.

My response was inappropriate, violating a well known leadership principle: always praise in public and correct in private. When I could tell that he was ready a few hours later, I pulled him aside and gently said, “I am so very sorry! Please forgive me for shaming you in front of everyone. I was wrong and I won’t let it happen again.” He graciously forgave me and we are still friends today.

So, three simple steps to resolving the conflict over a crossed invisible line:

1. Admit your failures. This is one of the most difficult things to do. However, admitting our failures reveals our humanity. It allows others to see us as more than an unreachable leader.

2. Seek forgiveness. When we’ve seen and admitted our failures, we must humbly approach the one or ones we offended and ask them to forgive us. Saying “I’m sorry” admits how we feel about the wrong, but saying “Will you forgive me for _________?” actually acknowledges to the offended person we are aware of the wrong and desire reconciliation.

3. Define the line for next time (possibly even readjusting the placement of the line). The only way to move forward is to communicate about the invisible line so that others know the boundaries next time.

My intern could have done a few things differently as well. He could have recognized that lines exist and he could have communicated better. He could have come to me and said, “Hey, I think now is a good time to hand out the t-shirts. Is it okay for me to take the lead on this?”

1. Recognize invisible lines exist. No matter what situation you walk into, you must recognize that someone else has a different perspective from yours. So, take a few minutes to look at life from their perspective. Take a few minutes to ask what their values are and how they would like you to operate under their leadership.

2. Communicate those lines to all involved. As the leader, it is up to you to set the tone, clarify the job description, and go over policies and procedures for your teammates. Make sure that you have done the hard work of articulating what you expect to be done, how you would like it done, and the timeframe in which you would like it to be accomplished.

My conflict with my intern wasn’t really about t-shirts at all! Our conflict was about crossing an invisible line.

Have you experienced conflict as a result of crossing an invisible line?

What ideas do you have about communicating invisible lines? Sometimes you don’t know they are there until they are crossed. What then?